1: Who found out about matter?

Matter existed long before humans existed. People knew about matter in that they experienced the different states of matter. However, it was the Greek philosopher, Empedocles, in about 400 BC, who is credited with giving things different classifications. His classifications were earth, air, water and fire. After that, another Greek philosopher, Democritus, discovered that if you keep cutting matter into smaller and smaller pieces, you eventually get something you canâ€™t cut into anymore and that is the birth of the atom. For years, known philosophers didnâ€™t necessarily agree with this and it was 2,000 years later, along with the birth of modern chemistry, before the states of matter were understood. (From Katie at Dalton Elementary School in Dalton Gardens)

2: How many gases are there?

There are a lot. Every compound that we can think of, under the right conditions, temperature and pressure, could be a gas. (From Brandon at White Pine Elementary School in Boise)

3: Can a metal transform into a state of gas?

Absolutely! Mercury is a metal that most of us know in its liquid form. Mercury evaporates at air temperature, thereby becoming a gas, and can be hazardous to breathe. Any metal can become a gas if itâ€™s at the right temperature and pressure. (From James at West Junior High School in Boise)

4: Is there any gas that fish breathe?

Yes. A fish tank at home has a filter that oxygenates water. Fish breathe oxygen and they need this oxygen in their blood to live. So, in their water, there needs to be a certain level of oxygen gas for the fish to be able to breathe. (From Gabriel at Cynthia Mann Elementary School in Boise)

5: Is there anything different in space air?

Yes. One of the biggest differences between the kind of air in outer space and the air on Earth is its density. Space air has a low density, meaning it has just a single hydrogen atom per cubic centimeter. This is tremendously lower than the air we breathe on Earth. Also, space air has a different composition. On Earth, our air has carbon dioxide, nitrogen, oxygen, and water vapor. These compounds exist out in space, but they are rare. In space, most of the gas is just hydrogen with only trace amounts of these other things. (From Rook at Cynthia Mann Elementary School in Boise)

6: How does water fluff in the clouds?

When you look at a cloud, you are actually seeing water that has converted from its gas form and is condensing on the dust, or other pollutants, in the air. That means that the water, in its gas state, turns into liquid around the dust molecules. When it does this, we can see it as a cloud. We cannot see water in its gas state. So, if you see a cloud, the water has condensed and become liquid surrounding the dust or other pollutants in the sky. (From Adrian at Cynthia Mann Elementary School in Boise)

7: Do gases float around forever?

For a gas to change into another form of matter, something has to change. So, if there is a substance that exists as a gas and pressure doesnâ€™t change and temperature doesnâ€™t change, then it would stay a gas. We cannot create or destroy matter. It just depends on the conditions surrounding the gas. (From Sam)

8: How many gases do we breathe in at once?

It would depend on where you are. Most of the time, you are breathing nitrogen and hopefully, there is oxygen in the air that you are breathing. Those two things make up the bulk of the air that we breathe. There is also carbon dioxide, small amounts of argon, and other trace gases that may exist in different concentrations depending on where you are at the time you take a breath. (From Jaron at Cynthia Mann Elementary School in Boise)

9: How is Jupiter made of gas?

Jupiter is one of the planets in our solar system known as a â€œgas giant.â€쳌 There are four of them: Jupiter, Saturn, Uranus, and Neptune. All of these planets formed much farther away from Earth or from the sun than Earth did. We think this had something to do with the fact that they became gas planets. However, Jupiter is probably not all gas. It has a very thick, massive gas atmosphere, but most astronomers believe that at the core there is either a solid or possibly a heavy, dense liquid. (From Zepherin at Cynthia Mann Elementary School in Boise)

10: What is the fifth state of matter? 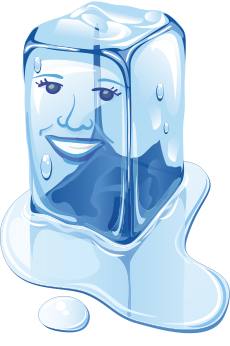