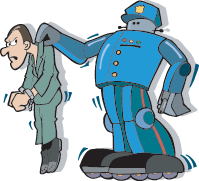 NOVA explores the use of Robotics to defuse bombs on a bomb squad. The Web site includes video clips of six robots in action!

NOVA also tells us about the future of robotics here.

At the Jet Propulsion Laboratory the Robotic Vehicles Group performs research, development, and tests of mobile robots in support of planetary exploration missions and terrestrial applications for NASA and other Government agencies. Great pictures of Robots including the Mars Pathfinder, the NanoRover and many more! 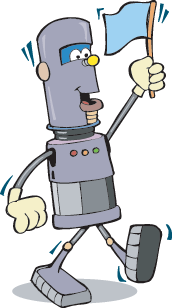 The history of Robotics – great site – from Stanford University.

Visit the MIT Laboratories and see video clips of actual robots in action! Over 20 examples of working robots!.

Learn more about the history of robotics by visiting this timeline.

Find out more about how robots work here.

At Robots for Kids, learn about different types of robots and watch robot videos. 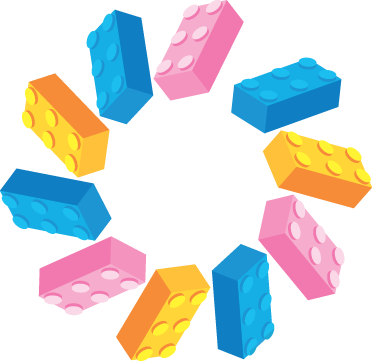 NASA is home to many robotic projects.

Make your own tiny Bristle Bot with help from PBS Kids' Design Squad.

Visit this web site to learn about a robot that can play Scrabble.

Learn about a robot that uses a Self-Organizing Incremental Neural Network, or SOINN, that can learn and think. Video allows you to watch the robot at work. Japanese scientists explain how it functions with subtitles so you can understand the dialogue. 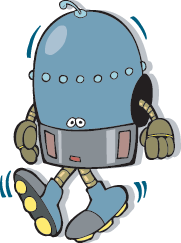 See how nanobots may be based on insects someday.

The robot arm that can play catch – see the video here.

How about a color changing robot?

Do you want to be a robotics engineer? NASA scientists tell you all about their careers as roboticists.

NASA has a site devoted to robotics just for kids.